Operation of the Model  page 2

Running a live steam locomotive, controlling points and working out traffic movements proved too complex for me, and not a very realistic way to run a railway.  Either there was no return stock to collect when arriving at the end of the line or there was too much and nowhere to put the train on arrival.

Railways run traffic to meet the needs of passengers and the movement of goods, the previously establish details of the area was a starting point.  Account was taken of likely passenger traffic, local market days, quarry traffic and their workmen’s movements, that Sunday opening in Wales was a long way off etc. and a list of traffic movements were drawn up for each day of the week.  The use of these movement sheets has improved both the realistic running of the railway and the enjoyment of doing it. 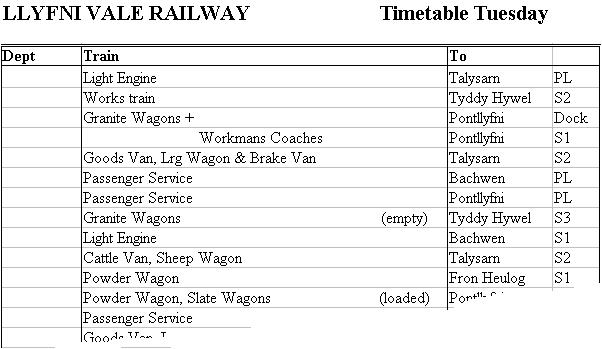 So far the lists have not developed into a timetables as they have not been run enough times to enable the timing to be worked out.  The different servicing needs of the various locomotives complicate things further.  It is intended to eventually have times for the passenger services and to build a clock that runs to LVRH&Co time. At the present it looks as though a railway day of ten hours will take around three hours to run

In addition to the movements sheets there are also diagrams for putting out the stock at the start of a session.  These show the positions that the stock would have ended up at the end of the previous day had trains been run.  It is not necessary to run trains for the actual day, particularly as there are no trains on Sundays!  So far the above only works with one engine in steam.  When the line has visitors it is a full time job trying to control traffic and any sort of realism of a small rural narrow gauge railway disappears with the frantic movement of trains. 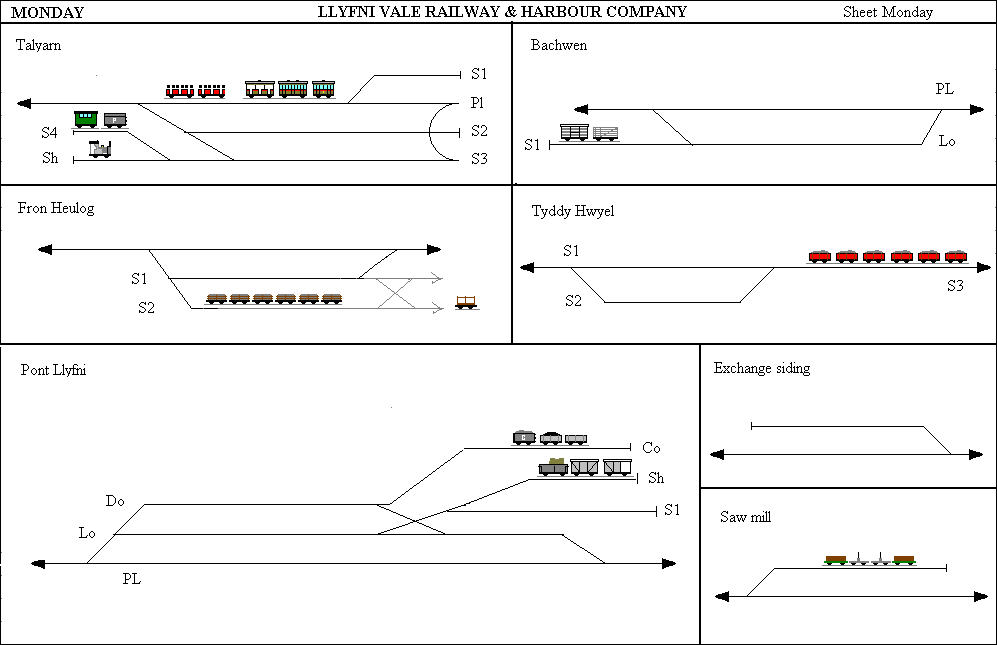 To facilitate distributing the stock around the line slate and granite wagons are kept in rakes and stored in cassettes, which allow them to be run out, and railed.