After passing the siding from which the horse drawn tramway continues to the LNWR we arrive at Tan-yr-Allt Halt.  Workman’s trains hauled by the LVR under an arrangement with the Workmen’s Association, whose stock is used for the service, are the main users.  Passenger services only stop here by request.   From Tan-yr-Allt the line continues along the Vale crossing the toll road by a bridge and the LNWR line to Afon Wen through a short tunnel in the embankment before passing over the river and entering a deep cutting.  Despite the cutting the line climbs steeply towards Tan-y-Bryn and the highest point of the route, from where it winds it way down to Pont Llyfni 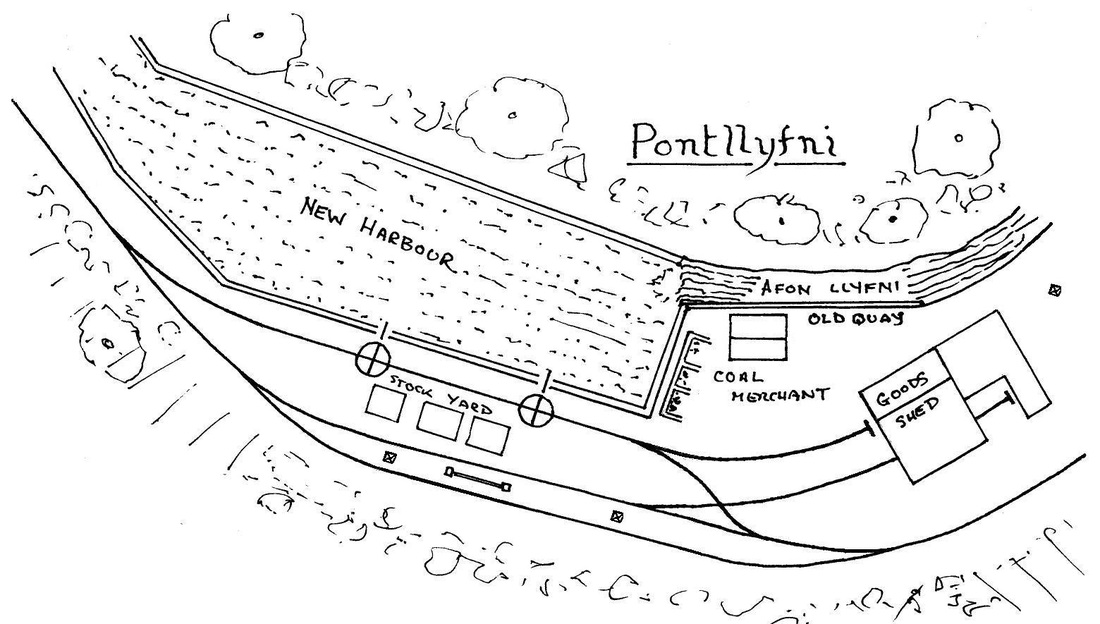 The line crosses the Afon Llyfni once again before arriving in Pont Llyfni alongside Porth Newbrough, a small harbour built at the mouth of the river Llyfni developed for the shipment of slate from the South Nantlle Vale quarries. The original slate tramway terminated at Pont Llyfni and whilst the maintenance and loco depots have now moved to Tal y Sarn the head office is still in Pont Llyfni, the General manager and Chief Engineer both living there may have something to do with this.

The village was quick to see the potential of the tourist industry and, as a result of the improved transport links, is growing and developing into a holiday resort, with the construction of a promenade and the building of new hotels and shops.  All the activity has resulted in a significant increase in traffic for both the railway and the port.

From Pont Llyfni the line follows the coast, climbing gradually to Aberdesach, a small village in an agricultural setting.  The hamlet has little to offer the visitor, in fact there is not a lot for the inhabitants, a general store and a smithy are the only facilities. Workman’s and passenger services stop at the halt by request, freight is collected or delivered by prior arrangement, usually resulting in a mixed train.  The line continues along the coast following the contours at a fairly constant level until it reaches Bachwen.